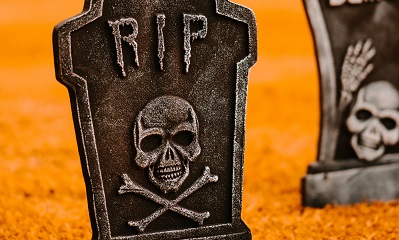 After over two decades of service, Microsoft have finally pulled the plug on what was once a world-conquering web browser. It will not be mourned by many, although it has caused some issues for legacy applications that still need it.

June 15th was officially the last day of service for the aging app. At that point, anyone trying to use it was, in most cases, redirected to Microsoft's replacement "Edge" browser. For anyone still using Internet Explorer out of habit, this will likely have caused few issues. However, there's still the odd system that was written years ago that will work on no other browser. There's no simple fix in these cases - the technology that these old systems were relying on just don't exist in modern-day browsers. Rewriting them would likely be weeks if not months of work.

At the moment, ir's just about possible to disable the redirection to Edge when opening Internet Explorer. However, that will not be the case for much longer. Microsoft have now started the process of rolling out updates that will disable Internet Explorer entirely. This will be coming to all machines in the next few weeks.

Whichever way you look at it, if you're still running an application that requires Internet Explorer to run, we're very much at the point that, one way or another, this won't be possible for much longer. If you use a system that needs Internet Explorer and it is at all within your power to do anything about this, action needs to be taken immediately to start finding an alternative.

Having said all that... if you're in a position that a decision to fix the problem properly is out of your hands, there's one final option that can be considered as a medium-term workaround. There's a Chrome extension called "IE Tab" that provides emulation that should keep any Internet Explorer web system wheezing along for now:

It's not free, but there's a nominal cost that will no doubt be trivial compared to the losses should when systems become inaccessible. We wouldn't suggest using this as a permanent fix - no doubt even this solution will disappear in time as their userbase wanes as people naturally move to new systems.