Almost everyone will have had an app crash on them at some point. The first emotion felt is usually panic as you consider when you last saved what you were working on. Unless it has completely shut itself down in the process, the next task often working out how to close it somehow. So, let's look at our options. 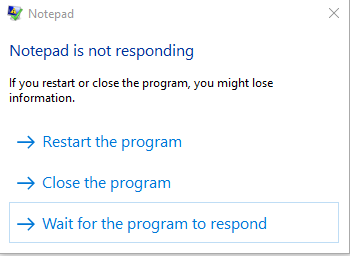 Step 1: Sometimes, you may see a message like this. If you have opened or tried editing a very large file, it may be worth waiting a while longer. If there's still no signs of life, use one of the other two options.

Step 2: If you don't see a message like the one above. you can try hitting the Alt + F4 keys at the same time to close the app. This may cause the message above to then appear. Note, if you have multiple apps open, the problem app need to be the front window when you attempt this. Alt + F4 is a shortcut to close an app, so it will attempt to close whichever app currently has focus. 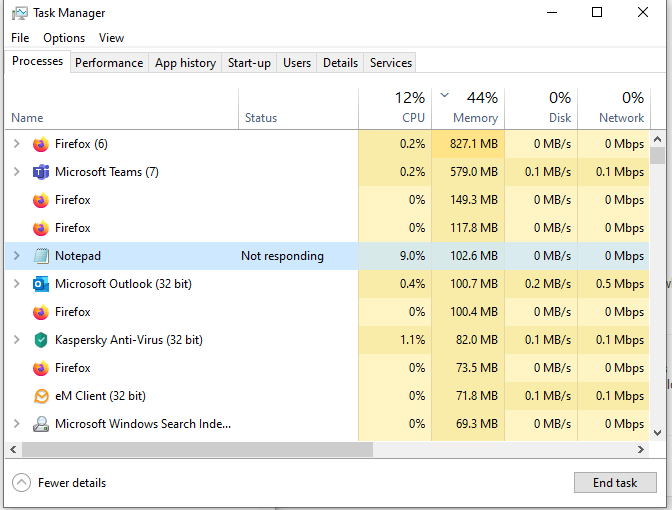