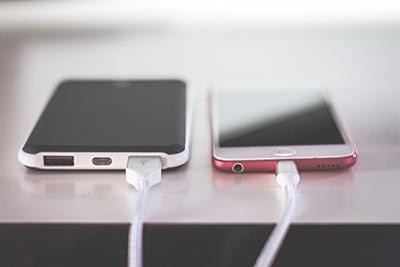 Most Apple mobile devices are currently charged using a "Lightning" connector cable. However, if changes proposed by the EU are approved, Apple may be forced to change this soon. For those that can never seem to find the right cable, this may well turn out to be good news.

The proposal being put forward by the EU is that all mobile devices (regardless of manufacturer) should have a universal charging port. They go on to suggest that this should be a USB-C port. Almost all new Android phones already use this method for charging, as does the 2019 iPad (which hints that Apple were already heading in this direction anyway).

If this is passed by the EU parliament later in the year, this should mean no more need to hunt round the office for someone with a matching charger. Everyone's charger should work on any phone, and any phone could be charged via a basic £2 USB -> USB-C cable plugged into any PC.

If this came to pass, it's very unlilkely that Brexit would have any effect on whether this change would also be applied here. Apple is unlikely to want to have two variants of their phones and would probably introduce the new charging port worldwide.

Of course, it's possible that this may be almost academic by the time this law comes to pass (if, indeed, it does). Many firms, including Apple, are working on devices that can be charged wirelessly. It seems very likely that this will soon become the method we all use to charge our devices, and therefore having any charging port at all will become a thing of the past. Nevertheless. it's likely to be a while until this technology is mature enough to replace the efficiency of a cable, so standardising these in the meantime will likely be a welcome change for the medium term.