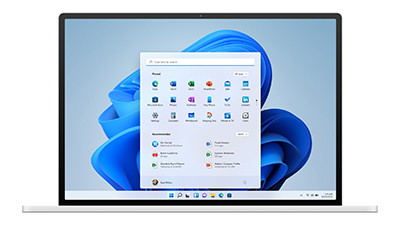 You don't need the memory of an elephant to remember a time in which Microsoft said version 10 of Windows would be the "last ever". That clearly wasn't the case given Windows 11 now exists. Perhaps unsurprisingly, Microsoft is planning to release another major version in the not too distant future.

According to recent reports, Microsoft will now be switching to a three year cycle for major releases. Windows 11 launched in 2021, so Windows 12 should make an appearance in 2024.

Users of Windows 10 and 11 will have become used to semi-regular feature updates that make visible changes and improvements to the operating system rather than just security updates. This will not be changing, despite the plans outlined here. Indeed, reports suggest these may well become more frequent from next year.

So why have Microsoft changed their minds here? Naturally, they haven't really explained themselves on this. Our best guess is that an unintended consequence of a "last ever" version is that you end up having to support devices forever, theoretically. Or you have to say "Your device is no longer supported from Windows 10 from the 22H2 update", which is confusing for consumers. Microsoft used the launch of Windows 11 as a cutoff for a number of aging machines, and it will no doubt do the same again for Windows 12. Those old machines then become frozen in time feature-wise, but continue to receive security updates for a few more years (despite the release of Windows 11, Windows 10 will continue to receive security updates until 2025). This seems like a sensible approach to us.

One other announcement that may be of note here at the other end of the scale is the announcement that Microsoft 365 will cease to be supported on Windows 7 and 8,1 from next year. Both operating systems are now out of support themselves, but anyone still clinging to them anyway will find security even more compromised if they use these apps.