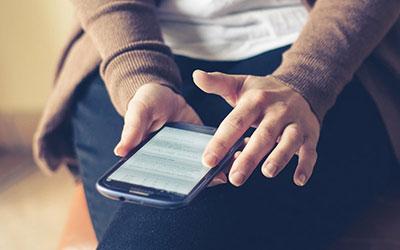 People have long suspected that their iPhones "coincidentally" slow down around the same time that the latest version hits the shelves. After a third party company ran some extensive tests that proved this, Apple have now confirmed this is actually true.

They have explained that, due to degradation, phone batteries that are a couple of years old can no longer supply the power necessary to run the phone at full throttle. If nothing is done, there is a tendancy for the phone to crash. Therefore, they update older phones to limit the power available so that unpredictable behaviour like this is avoided.

So why does this "just so happen" to occur at the same time as their new phone launches? In this case, the timing IS coincidental, or at least a byproduct of the launch of a new phone rather than because of it. The new versions of the operating system that the iPhone runs tend to coincide with the new phone launches. These tend to be annually, so it makes sense for this also to be the point they introduce this slowdown to the phones launched at this point in previous years.

There isn't anything wrong with Apple's reasoning here, and it seems like a sensible measure. The only real issue here is that it took someone providing undeniable evidence that this was happening to get Apple to finally admit to doing it. While staying quiet and hoping that people just go out and buy a new phone certainly marketing sense, not explaining that just replacing the battery on your old phone will solve slowdown issues until now does seem like an easy way to reduce trust in the brand.

UPDATE: Apple have now announced that they will be offering reduced price battery replacements for anyone with an iPhone 6 or newer to mitigate against the issues mentioned above. The replacement would previously have cost £79. but will now cost £25 if the offer is taken up before December 2018. They will also be updating iOS so that it is more explicit about the current health of an iPhone's battery so that it will be possible to tell if a phone is being artificially slowed down. Meanwhile, several lawsuits have commenced in the US initiated by customers arguing that their phones had been slowed down without their consent.