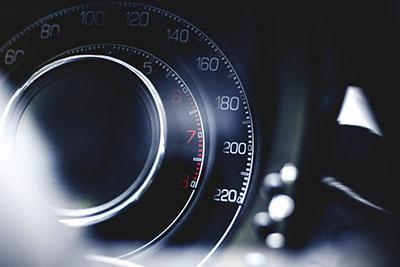 The Committees of Advertising Practics (CSA) have ruled that broadband providers can no longer advertise downlaod speeds that the majority of their users will not be able to obtain. As of 23rd May 2018, ISPs can only advertise average speeds that at least 50% of thier userbase can achieve between 8pm and 10pm.

Until now, these adverts tended to use the phrase "Up to". They would then quote figures that only the top 10% of users could obtain in ideal situations. While technically correct, "Up To" hides the fact that most people will never see these speeds.

As we have mentioned before, your broadband speed is usually either dictated by the distance from the phone exchange if you have traditional ADSL broadband, or your distance from your closet BT cabinet if you have fibre broadband (there are some exceptions to this, but these very rarely apply to residential broadband, to which these rules apply). The further your house is from the exchange / cabinet, the slower your connection will be. The best case scenario for an ADSL subscriber is 20Mbps download speeds, and 80Mbps download speeds on fibre (another exception here - Virgin offer higher speeds as they are not constrained by the part copper element of the BT network).

Note that nothing will actually change for consumers as far as the speed they can actually get. If a company starts advertising an average speed of 60Mbps where they were previously advertising "up to" 78Mbps, the actual speed you will see will be identical in both cases.