In a recent conference, Google lifted the lid on a new AI technology that they have been working on for years. Dubbed "Duplex", this technology is a virtual assistant that can make appointements / reservations over the phone where no online option exists. It does this is a completely believable human manner to the point that the person at the other end is not aware that they're not talking to a real person.

Watch the video below to see the system in action

We'd very much recommend spending 4 minutes watching the video above as describing it doesn't really do it justice. However, in brief, it shows the AI assistant booking a haircut over the phone, and reacting entirely naturally to being told that the time it was requesting wasn't available, and continuing the booking accordingly.

In a second demonstration, it was able to negotiate a call in which it had been asked to book a table for 4 in a restaurant. This turned out to not actually be possible - the restaurant only did bookings for parties of 5 or more. Still, the AI was able to deal with this response gracefully and just checked they'd be fine walking in with no booking on the day in question.

Naturally, Google will have chosen these examples as they demonstrated this new technology working at its best. They will no doubt have countless examples of it not quite working as they'd hope. There was no live demonstration of the technology in front of the crowd, so it would seem they are not yet confident enough that it will work all of the time. 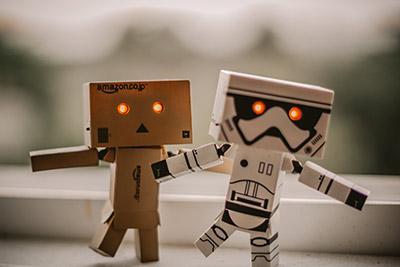 There are also obvious moral implications of these sort of technology. As the video demonstrates, they've added completely unneccesary added "ums" and "errs" into the AI's speech patterns in order to fool the human speaking to it into thinking they're talking to a real person. Is this a path we should be heading down? Not least because they're deliberately making things difficult for the AI. If the receptionist was aware they were talking to a robot, they could adapt their responses accordingly. There is no need to be "conversational" if you're talking to a robot - you can just stick to the facts. Instead, the AI has to be programmed to be able to deal with the more conversational style that it is needlessly encouraging.

And, of course, it would seem the industry that would benefit most from this technology would be telemarketing. If you think you get too many of these calls now, just imagine how bad it will become when a single computer is able to make thousands of calls simultaneously, from anywhere in the world, posing as a human.

Nevertheless, as a standalone demonstration of where the cutting edge of AI is at the moment. it is certainly impressive. No doubt one that will either have you in awe, or planning to run to some very remote hills! Or both. Just make sure you don't use Google Maps to work out where to hide...