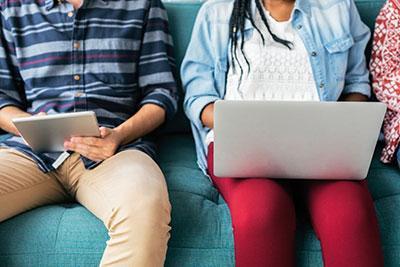 The latest development version of Windows 10 includes a new feature that will be familliar to users of Apple's "Airdrop" feature. Dubbed "Near Share", this new facility will allow users to share their files with people nearby without either of them having to be on the same network connection.

Traditionally, if you wanted to share a file with someone working next to you, you would either need to be on the same network so that you can put the file somewhere you can both access, you could email it to them (if it's small), or you could put it on a USB stick (or similar) and then transfer the file that way. This new feature allows two PCs to talk directly to each other using Bluetooth to transfer files and web addresses between them.

While this may be of limited use within an office that is already set up with universally accessible file shares, it could well be of use in meetings when you want to share files / photos / links with a mixture of people from both within and outside your business. Also, outside of a business environment, it could well be useful for people that take their laptops round to the house of a friend / relative, and provide an easy way to share files without having to fiddle around with network settings.

Assuming that testing goes as plan, this feature will be included in the next big Windows 10 feature update. This is currently scheduled to occur in March / April 2018.