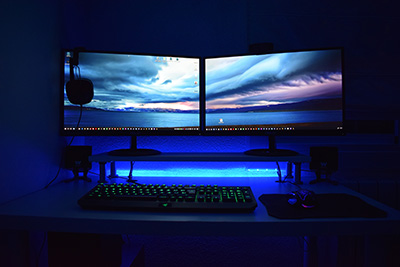 In news for users of Microsoft's venerable operating system, they have trailed the fact that, in the coming months, they will be introducing tabbed navigation to the File Explorer window. This was actually originally mooted as a feature coming to Windows 10, but has been delayed a few times over. However, according to recent reports, it's now almost ready to go.

The File Explorer is the option you click that gives you a view of all the files on your PC. Depending on the way you enter it, it may well list a defined set of folders (eg Downloads, Documents, Pictures etc) along with a link to your hard drive files, and maybe networks shares you may have connected to your machine.

Until now, this window has only ever had the ability to show a single folder at a time. If you wanted to look at the contents of one folder and compare it to another, or maybe copy or move the contents from one drive to another, a few workarounds aside, the easiest way was often to open a second file explorer window and navigate to that other location there.

With tabbed browsing, this will no longer be necessary. Much as with tabs on your internet browser, you will be able to have many file locations open in the same window at once and flip between them as necessary. Again, as with tabbed web browsing, it will probably soon be the case that it will be hard to imagine a time where this wasn't possible!

Microsoft have not been specific on exactly when this will be rolling out yet, but it's not impossible it'll be included in the autumn feature update. Windows 10 users are out of luck if they were still hoping to ever see this feature - it will remain exclusive to Windows 11 only.