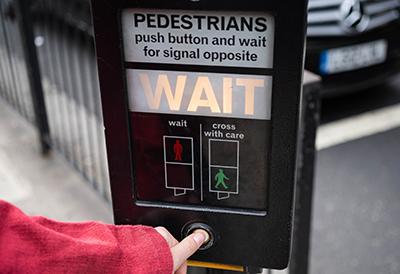 Way back in July 2017, we wrote one of our 3a Analysis blogs that took a look at the then just announced plan that the UK would require all adult websites to verify the age of the user before allowing them into the site itself. We weren't exactly complimentary about the plan. Not because of the idea itself - as we pointed out at the time, opinions will vary on whether blocking access to any given website for our own protection will vary, with perfectly valid viewpoints on both sides. However, we were pretty dismissve of the technicalities of such a plan.

Despite these objections (and many others made elsewhere), the government continued to plow on with the project. Details on the specifics emerged in dribs and drabs. It looks likely that one of the main players in the adult website world has created a verification system that they intend to allow smaller sites to also use. One can only guess whether this is an altruistic move on their part, or whether they just want to grab as much user data as they can... It was also announced that it would be possible to buy a pass at cornershops that would provide a code that could be used to verify age on these sites without having to hand over credit card details.

Another detail announced renders the whole thing (even more) pointless. At some point in the last 2 years, they've realised that websites like Twitter and Reddit contain significant amounts of adult material. However, they've also realised that they can hardly start blocking massive websites like these. They've therefore announced that sites for which less than 1/3 of the content is adult in nature will be exempt from the system.

The system was originally supposed to go live around April 2018. It was delayed indefinitely at the point for a variety of reasons that added up to it being nowhere near ready to go. Eventually, in April 2019, a new launch date of July 15th this year was announced to much fanfare.

However, last week, the project was delayed yet again. This time, the reason given was that the department in charge of implementing this had forgotten to inform the relevant European Commision in time. The UK is unable to legally go ahead with the plan without this authorisation. This has resulted in another "six month" detay. While the government insist that this genuinely is a delay rather than them kicking it into the long grass, there's currently no set date for the (next) relaunch. With the government currently massively distracted elsewhere, we won't hold our breath for a new launch date being set for Christmas...