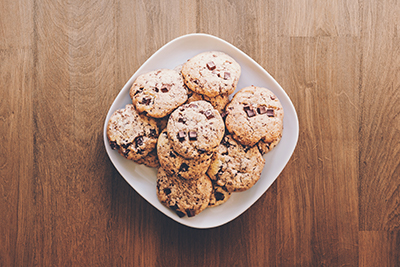 In what is becoming something of a worrying trend for a company that you would have thought would have the resources to avoid such mishaps, a "bug" has recently been discovered in Google's Chrome browser by iOS developer Jeff Johnson. He found that when you hit the button to request that Chrome deletes all cookies and site data, while it mostly obliged, it "accidentally" left behind a tracking data for a couple of a couple of websites. Coincidentally, those sites were Google itself and Youtube (also owned by Google).

You can't have failed to spot the myriad notices and popups about cookies and tracking data as you browse round the internet these days. Many of these are so intrusive that you almost have no option just to hit Accept All to make them go away, although that is another article in itself! However, the biggest tool most users have in their armoury in their fight against being tracked round the internet is the ability to tell your web browser to delete all this data at the click of a button. It doesn't seem unreasonable to expect that it will do what you asked and not leave behind data that maintains tracking history for its own applications.

Google has something of a history of these "accidental" bugs. When it sent out its Google Maps cars in the UK a few years back, they"accidentally" grabbed the names of every wifi network it found along the way at the same time. More recently, it was found that Google was "accidentally" impeding the operation of Youtube in browsers other than its own.

This bug has now been fixed. Still it does make one wonder if Google's developers are really this gaffe-prone, or whether they may have forgotten their original "Don't be evil" mantra...