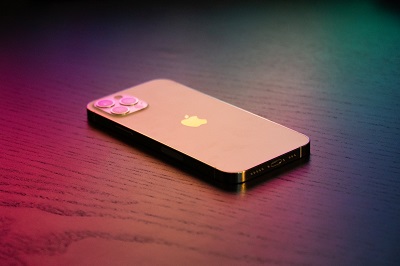 According to recent reports, legislation is currently being finalised that will force Apple to allow iOS users to fully run browsers other than Safari in the EU, at least (and therefore likely also the UK as well if past EU rulings on similar matters since we've left are any guage).

The article on The Register outlines the the draft agreement that will require Apple to allow other browser engines to run on their iOS operating system (in other words, on iPhones and iPads). By coincidence, we touched on this issue on our largely Google focussed article last month about how Google have "won" the internet. While this remains true on desktop and Android devices, as that article notes, Apple have a genuine monopoly on their mobile devices. It isn't just that people can't be bothered to switch browsers, Apple literally don't allow it.

There is a caveat to this - it is technically possible to install other browsers on Apple devices, and it may well look like you're running that alternative browser on the face of it. However, that difference is entirely on a surface level. The browser has to use the nuts and bolts of Apple's web rendering engine (WebKit), effectively making all alternative iOS browsers Safari in all but name.

Apple will argue that this allows them to ensure that the browsing experience remains consistent for all users. If everyone using your devices is definitely using the same browser and you have direct ownership of the code underlying that browser, then you can make sure everything works smoothly when updates are applied to either the browser or the phone, and be in control of fixing things if there's issues.

It's certainly a valid position. However, it's also one that Microsoft tried to adopt with its browser on Windows and, as any Windows users will know, they're now forced by EU legislation (and other similar laws around the world) to proactively offer a browser choice on Windows. And in their case, users always had the option of installing other browsers, even before the changes here. It was however decided that Microsoft were abusing their position by supplying a browser with their operating system and not proactively advertising the fact that other browsers are available and offering to install them should the user want to.

In that context, it's seemed somewhat odd that Apple has been able to get away with this for so long. The iOS market is a lot smaller than the number of Windows users, of course. However, for those people that do use iPhones and iPads, the dominance is total.

Echoing our article from last month again, having a monopoly of this nature stifles innovation. While the forced use of Safari is much smaller in percentage terms than the people that are chosing to use Chrome on other devices, the end result is the same. Because Apple know they have a chunk of the market here that literally can't go elsewhere even they want to, why bother improving your browser? Web developers know that millions of people have iPhones, so their website has to work on an iPhone. If other browsers offer features that allow developers to do something new or in an improved way, that's only of limited usefulness if you still have to do it "the Apple way" anyway.

We're pretty certain this won't be the end of the matter. Apple is likely to lobby pretty hard against this, and it remains to be seen exactly where they will implement this geographically if and when it does come to pass. The law is currently set to take effect from sometime in 2024