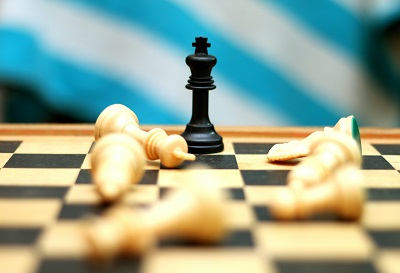 It's probably not something that most people think about much, or are even necessarily aware of, but almost all of us are now browsing the web either with Google's Chrome browser, or a browser based on the same code. Chrome is based on something called "Chromium". This is an open-source browser which is almost entirely written by Google that other browsers (and Google themselves) largely adopt wholesale and then just add a few frills around the edges. This includes browsers such as Opera, Brave, Vivaldi and, most notably, Microsoft's Edge browser. We'll analyse that last one a bit more later.

According to the latest statistics, just looking at desktop browser usage, about 75% of all browser internet traffic is from Chromium-based browsers. This reduces slightly (but not much) when mobile devices are factored in as Apple's Safari is effectively the only choice on any devices running iOS. Firefox (one of the only non Chromium-based browsers other than Safari still standing) once had a big chunk of the browser market. Now it only gets about 4% of the market share when all devices are factored in.

A good question. For most people, the browser they use to access the internet is largely an irrelevance. Many won't have made a conscious decision about it. They'll either use whatever's pre-installed or immediately install Chrome because that's what they've been using for years. It works, so why change? And what does it matter if everyone's using it. Surely that's better, right?

Well... sort of. Certainly Chrome does pretty much "work". There's often a low-level rumble about it being resource intensive and slow, but then that's true of most browsers. In terms of pointing it at a website and it displaying that website as intended, it does its job at least as well as any other browser.

However, there is a warning from history that provides some pointers on why it's not necessarily great if one company becomes so dominant that it's in the position that it can basically dictate how the internet should work

Yes, trusty old Internet Explorer. Our younger readers may barely know what it is - it's been an irrelevance for anything other than legacy applications for years, and Microsoft is finally killing it off completely for all Windows 10 users from the middle of June (it's already gone from Windows 11). 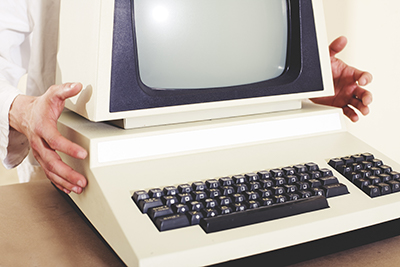 Those that were active on the internet at the time may well remember the "This site is best viewed on Internet Explorer" messages that adorned many websites. But why were these necessary - surely all web browsers are pretty much the same?

That is largely true right now, but it certainly wasn't the case with Internet Explorer. In web development terms it was, frankly, an abomination. Because Microsoft has complete control over the market, they didn't have to concern themselves with such inconveniences as "web standards". If Microsoft decided they wanted to do things their own way, we as web developers had no choice but to do it that way to. At its worst, that could involve almost having to write a website twice - once properly, and then a second version for Internet Explorer.

Indeed, its ubquity eventually became a millstone for Microsoft, and the reason it's taken so long to finally be rid of it. Companies invested huge amount of cash in web systems that only worked in Internet Explorer because that'll all that mattered at the time. When other browsers started to take over, they were unable to switch because their expensive systems didn't work on modern browsers. Indeed, we still come across the odd legacy system even now that will only run on Internet Explorer

Microsoft's first attempt to banish Internet Explorer came with the first version of Edge - a completely new browser written from the ground up. From a web standards perspective, this was infinitely better than Internet Explorer. However, the damage was already done. Everyone was already using Chrome, and Internet Explorer had such a bad reputation within the tech community that most would be very reticent to try a Microsoft web browser. Eventually, Microsoft threw in the towel and launched the new version of Edge. This version uses Chromium as its base and is therefore is largely identical to Chrome - certainly under the hood.

While not quite as dominant as Internet Explorer was in its heyday, Google now find themselves in the same position that Microsoft found themselves in at the turn of the century, ironically now including Microsoft's own browser in its dominance. Chrome is not currently the omnishambles that Internet Explorer was, but there's certainly been examples of Google trying things on because they know they can get away with it.

In 2020, a developer found that if you hit the delete cookies button in Chrome, it would delete everything except the cookies for Chrome and Youtube (entirely coincidentally, we're sure). In 2018, Microsoft claimed that Google had inserted some code into Youtube to deliberately break videos on their Edge browser. This came shortly after a Youtube redesign that significantly slowed it down on Firefox and Edge (again, quite the "accidental" bit of luck for Google).

Then we come to things like "Topics". Google have decided that they're going to get rid of 3rd party cookies and, as if luck would have it, have developed a solution to replace it called Topics. Whatever your position on cookies, It's probably less than ideal that it's likely everyone will have to make this change just because Google have decided they should. 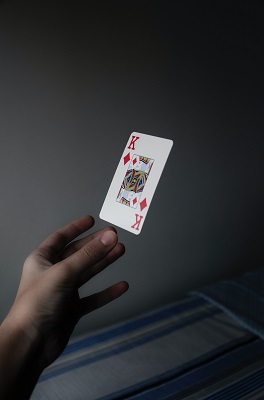 Another thing to consider is just how much data you're passing to Google. By default they record pretty much every interaction with any of their products (Chrome, Search, Youtube, Maps etc) and link it all together to build a hugely detailed profile about you. Indeed, we've found test websites that we haven't advertised the web address of anywhere on Google's search pages - presumably because we've visited that page on Chrome, that data has been sent back to Google, and then it gets automatically listed on Google.

Even without these concerns, with very little competition here, innovation in the market is stifled. There's little motivation to improve when you know everyone's going to use your product regardless. The only reason there's any competition at all is that Apple force everyone browing on an iPhone or iPad to use Safari whether they like it or not (another less than ideal position, but that one is another article in itself!)

Of course, as the lesson from Microsoft shows, no amount of dominance is so total that it can't be undone. At the moment, it's very hard to see where a challenger might come from. However, history is littered with companies tech companies that rested on their laurels and were then blindsided by some upstart new company that eventually took their place. For the good of the internet as a whole, this will probably be no bad thing if and when it comes this time round.