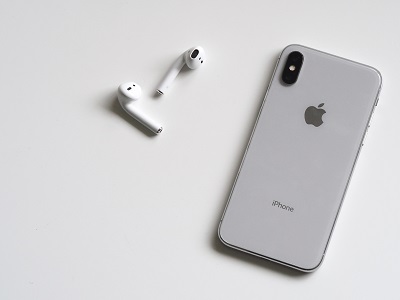 Don't worry - nothing to do with pandemics! You may remember a lot of reporting on attacks using so-called "Pegasus" spyware a while back, which allowed attackers pretty much full access to any phone with no known fix. This new feature coming to iPhones is intended to mitigate this risk somewhat.

Pegasus is a spyware tool uses a series of exploits that allow for a pretty much complete compromise of the target phone. The user does not even necessarily have to be lured into clicking a dodgy link or opening an infected file - this can happen with no user intervention whatsoever. The spyware then provides access to messages and even the microphone and camera. It is not really possible to detect it is in use without specialist analysis of the phone.

Many high profile targets have been identified, including Emmanuel Macron and members of 10 Downing Street staff. The "intended" use for the software is to thwart "criminals and terrorists", but it has been used by some governments to spy on critics and opponents.

As such, the average user probably isn't at risk, although it's impossible to know the full extent of these attacks, and if these exploits exist, this may not be the only bit of spyware using those exploits.

Enter Apple's new "lockdown" mode. If activated, this will disable various features on the phone including blocking most message attachments, FaceTime calls from unknown contacts and access to the phone from a computer. This feature is intended for use by users who face “grave, targeted threats to their digital security”. Therefore it's not something most of us would probably need to activate, but we're sure it won't stop some of the more paranoid from doing so! It also is more a set of measures to mitigate against any attack rather than Pegasus specifically, so it may be useful to the average user if they suspect they're a victim of a less sophisticated attack that is causing their phone to act strange in some way.