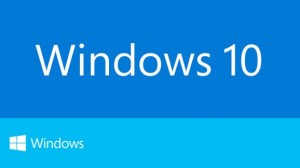 Microsoft have just revealed their new operating system - Windows 10. No, we don't know what happened to Windows 9 either! Nonetheless, the main aim of this new operating system will be to create a single interface that will work across many devices - desktop machines, tablets, mobiles, and even Xbox consoles. There will be a single app store that will service all of these machines.

One major critisim with Windows 8 was that the new start screen was too much of a departure from the start menu on desktop machines. It has been announced that these concerns have been addressed, and the start menu will return in Windows 10. However, this will not be identical to the start menu familiar to Windows XP / 7 users. While it will contain the usual list of applications, it will also feature resizeable tiles - similar to those used throughout the Windows 8 interface.

Another welcome feature will be that the operating system will now be more device aware than Windows 8. Therefore, users will not have to switch to desktop mode when on a desktop machine - this will happen automatically.

This is all good news for business users. Many businesses have been very reluctant to move to Windows 8 due to the initially daunting changes that had been made to the interface. Many have opted instead to stick with the more familiar Windows 7 when upgrading from Windows XP. These changes should help to convince business users that it is once again safe to upgrade their operating system without having to retrain staff to adapt to the changes.

Initial previews of Windows 10 will be released next week with a view to getting the final version of the software ready by the end of 2015.